This ring right here, I’d like to talk about it 🙂

I’m sitting here on the couch, reflecting on my past. I have been doing a lot of that lately. 2006/2007 were some of the most stressful, yet most exciting years that we had ever experienced.

The fall of 2006, we had talked about an engagement. So we went about it in a very non traditional way, we went shopping for the perfect ring together. We went to every diamond shop in ocean county. We couldn’t find it. We had gone to the diamond district in NYC, searched every store. One of the stores offered me whiskey or wine, I declined the whiskey but took them up on the wine offer.

I remember leaving one of the stores when Bonnie stubbed her toe so bad she lost a toenail. I felt so bad. Open toed flip flops should never be worn in the fall, in NYC of all places.

So we left the city with great disappointment and a bloody toe. The ring for her wasn’t up there.

Then, we went to the diamond district in Philly. Again, we searched every store. We almost gave up. We were ready to just settle with an ordinary ring. The last store through our journey through Philadelphia was a place called Stephen Singer. The sales woman, Deena, was incredibly sweet, and cool. She made us feel so comfortable. She took out almost every engagement ring the store had, and simultaneously, the both of us went to pick up the same ring at the same time. I suppose it was destiny. This ring popped out from all the others. THIS was the ring for her.

I put a deposit down on it and put the rest on layaway. Once the ring was entirely paid off, Stephen Singer would send the ring to my house.

For months, I had this ring on my mind. I needed to hurry up and pay for it. I was working for the star ledger at the time, and my co workers couldn’t get me to shut the hell up about the ring. I worked doubles, sometimes triples. I worked overtime whenever it was granted. I would wake up at 3:30 in the morning to begin my 1 hour commute and clock in by 5:45, and sometimes I wouldn’t get home till 1:30am the next night. When it was finally paid off, this teeny tiny ring came in a box big enough to fit a VCR, to this day I’m still not sure why. But the ring was mine, along with all the paperwork. It was sent to my moms house, but I brought it to the beach house where Paul and I were living. I ran up the stairs with ring in hand, Paul was sitting in front of the computer. He wanted to see it and he said “you paid HOW MUCH for that ring???” I defended the price.

I now have the ring in my possession. And she had NO idea when she would get it. It was the beginning of December, she thought I was holding out till New Year’s Eve. But she knows me better than that. I had better plans 😉

Our favorite band was playing in Atlantic City. The Bouncing Souls. At the time, her favorite song was Lean In Sheena. I wanted to propose to her at the show. The only problem was that we were walking in together. They make you empty out your pockets while going through security. “Shit” I said to myself, “she’s going to see the ring!” So I made up something, I think I said that I need to use the bathroom, and go on without me, we’ll meet up in a few minutes.

So here I am, walking around a bouncing souls show with a diamond in my pocket. What balls I had. I was able to track down someone with the band, so I asked to mercy guy if he can pass along a message. I wanted to propose to her on stage right before they play Lean in Sheena. Well, someone else beat me to it because there was already another proposal happening on stage. But Greg still got the message before he went on.

We’re standing stage right watching the show. I kept feeling for the ring, make sure it’s still in there.

Now, this next part will be in my heart forever.

In between songs, Greg says “we have two friends in the audience who are about to share a very special moment. This song is for Bonnie and Adam, it’s called Lean on Sheena”. The look of shock on her face was exactly why I had planned on choosing this particular night to put the ring on her hand. When she turned to me, still trying to process of what had just happened, I slipped the ring on her finger in the middle of the pit.

I eventually went to Things Remembered at the mall to buy this ring box and had it engraved to say “hold onto what you’ve got”, the perfect line from Lean on Sheena.

So here we are now, almost 13 years later. The same beautiful ring with the same box. The box got a little rusty over the years, but it’s still as symbolic as it was the day I brought it home. I love this box.

I love this ring. And I love my wife, Bonnie

She has been with me every step of the way. She was with me when my friend passed away. She spent every night rubbing my back whenever I would wake up in a panic after having a dream about Paul. I would yell in my sleep and wake up in tears. She would rub my back and wrap her arms around me every time. This went on for months. His bedroom was right next to mine. It wasn’t easy.

Fast forward 10 years.. She was with me when I was diagnosed with lupus. When the lupus was new and before I knew what was wrong with me, I was stiff as a board from neck all the way down to my pinky toe. I couldn’t move. Every joint in my entire body was damaged by this point. Remember when Dorothy and the Scarecrow found the tin-man, and he couldn’t move because he was all rusted up? It was kind of like that. The pain was surreal. Every morning, while it was still dark out, she would get up to help me out of bed. She would move one leg off the bed slowly, then the other. I now have both legs sticking out of the bed, straight and stiff. You could have used my legs as a table. She would then grab both my hands and go “1..2..3 and go” and she would pull me up so I’m on my feet. She would also help me get dressed. And forget about the shower, I was on my own for that one. It was a challenge to say the least.

She has had my back from day one, and I just want her to know how much I appreciate everything she does for me and our two boys.

I love you Bonnie Kazanjian 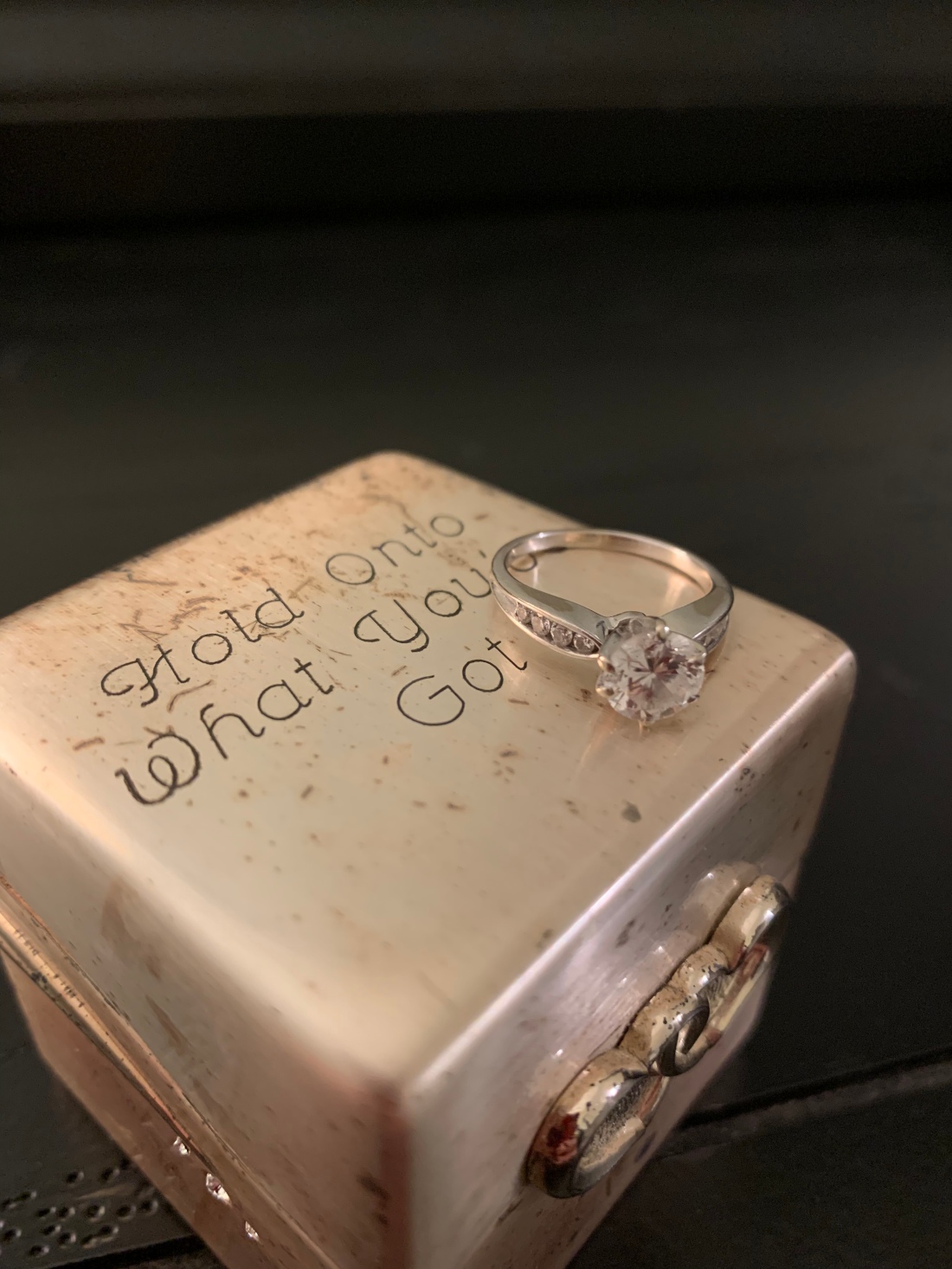 Be adventurous, be positive, be kind, be curious, be vulnerable, be rad, be inspired, be inspirational, be grateful.. not only to the world, but to yourselves. This world is bigger, better, and stronger with you in it. Cheers! -Adam- View all posts by Adam Kaz